Best publishes first and only guidebook to mammals in Alabama

Biological Sciences Professor Troy Best co-authored a new book titled, "Mammals of Alabama." Best wrote the book with the late Auburn University Professor of Biological Sciences Julian Dusi, and it is the first and only exhaustive guidebook to Alabama's diverse mammalian fauna. Written for anyone with an interest in mammalian diversity within the state, the book serves as a guide to species identification and includes hundreds of photos and fun facts.

"This book is for the people of Alabama who have an interest in their natural heritage. It's a 496-page volume that includes all of the mammal species of Alabama that occur, once occurred, or may occur, with the exception of prehistoric species," said Best. "Examples of some fun facts in the book include details about armadillos, such as they always have four identical quadruplet babies, and they are kind of unique in that they have peg- like teeth, unlike the sharp teeth of a dog, and their shells are made out of the same material as our fingernails. There is also information about bats, such as the fact that they may live more than 30 years, and on average they live 15 or 20 years; and there is even information in the book about how to get bats out of the attic."

Best, who is the curator of mammals for the Auburn University Museum of Natural History, said there are approximately 80 mammals that occur or recently occurred in the state, and he cited the red wolf as an example of a species that is no longer found in Alabama.

"The last wolves in the state were killed in Walker County. They are now critically endangered and only occur in the wild in North Carolina, but they once occurred across the Southeastern U.S. Of course, bison and elk once occurred here as well," said Best. "And there are no recent records of cougars in the state, although there are verified sightings. We just don't know if the cougars that have been sighted are actually wild animals or not. The population in Florida disperses about 400 miles, and we are almost exactly 400 miles from their range in Florida, so it's certainly possible."

The book is ideal for libraries, classrooms, and outdoor enthusiasts such as hunters and hikers, and it includes hundreds of professional, close-up color specimen photographs of both living animals in their natural habitats and skull plates, making identification of animals easy.

Following the publication of the book, "Mammals of Alabama," and in recognition of his mammalian research, Best was awarded the 2014 Joseph Grinnell Awardby the American Society of Mammologists. The award was established in 1996 to honor individuals who have made outstanding and sustained contributions to education in mammalogy over a period of at least 10 years.

The book is also available on the Alabama Wildlife Federation website and on Amazon.com. 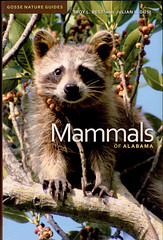 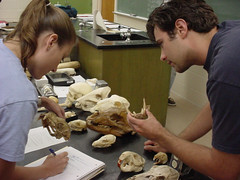 More stories that may interest you

Select a year below.