AUBURN, Alabama -- Auburn University is familiar with battling against a red tide, but this time the foe is coastal red tides that have a significant negative impact on the environment and economy.

Steven Mansoorabadi, assistant professor in Auburn’s Department of Chemistry and Biochemistry, has received a five-year, $703,000 CAREER Award from the National Science Foundation to study the problem through his project, “Mechanistic and Biosynthetic Studies of Dinoflagellate Bioluminescence.”

His research looks at dinoflagellates, marine microorganisms found in coastal and freshwater environments that bioluminesce, or glow. Some species of dinoflagellates produce toxins, which can cause harmful algal blooms and cause coastal waters to become brown or red, known as red tides.

“It’s very costly both to tourism and the seafood industry, and is harmful to humans and marine life,” said Mansoorabadi. “It can be detrimental to the environment. Shellfish poisoning is often caused by dinoflagellate toxins, and even breathing in spray from affected waters could cause respiratory problems in humans.”

According to the National Oceanic and Atmospheric Administration, every coastal state in the U.S. has suffered a red tide over the last decade. Harmful algal blooms occurring in U.S. marine waters are conservatively estimated to have an average annual cost of $82 million due to impacts on public health, tourism and the seafood industry.

Mansoorabadi and his team are looking at a particular enzyme that causes the dinoflagellate to glow to better understand how the enzyme works and how it is regulated. Understanding the biochemical process by which the enzyme is made will allow the researchers to target a specific pathway to treat red tides.

“Once we have a better of understanding of the enzyme, comes the applications,” said Mansoorabadi. “We can then create algaecides for red tides and even use enzymes that glow as a biological tool for cell imaging and tracking infection in the body. The enzyme can really be developed for a number of potential applications.“

The enzyme is thought to produce light through chlorophyll, the photosynthetic pigment found in plants and algae.

“There’s an unknown pathway in which these dinoflagellates take chlorophyll and produce bioluminescent substrate,” said Mansoorabadi. “We’re a biochemistry lab, so we’re trying to understand the fundamental biochemistry of what is going on and study these processes so we can rationally design a compound to inhibit their function. As far as I know, we are the only lab, nationally, to do this type of research. Woodland Hastings at Harvard University was a big contributor to this area, but since his death in 2014, no one else, that I am aware of, has picked things up since.”

As part of the NSF funding, Mansoorabadi collaborates with two K-12 initiatives in the College of Sciences and Mathematics, AU Explore and the Summer Science Institute, to teach and inspire students to pursue careers in the sciences.

“Bioluminescence is really a fascinating phenomenon, and it really gets kids excited about biology and chemistry and science in general,” said Mansoorabadi. “We have a lot of hands-on demonstrations and activities that the students can come out and see. For some of the younger students, it’s the first time these kids have been on a college campus, so they get to see what it’s all about.”

The NSF Faculty Early Career Development, or CAREER, program is a foundation-wide activity that offers the National Science Foundation's most prestigious awards in support of junior faculty who exemplify the role of teacher-scholars through outstanding research, excellent education and the integration of education and research within the context of the mission of their organizations.

Mansoorabadi is one of two CAREER Award winners from the College of Sciences and Mathematics for 2016.

“It’s a very prestigious award, and it’s very humbling,” said Mansoorabadi. “I’m excited that I was selected for the award, and that my science is appreciated by the scientific community. Bringing in the resources to continue this research is great.” 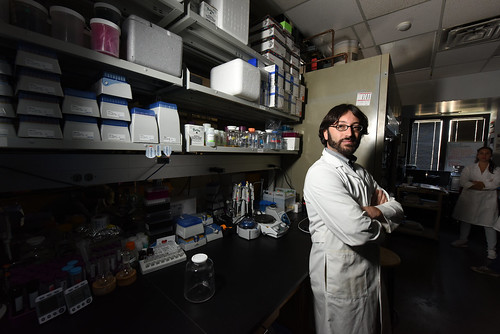 Steven Mansoorabadi, professor in the Department of Chemistry and Biochemistry at Auburn University 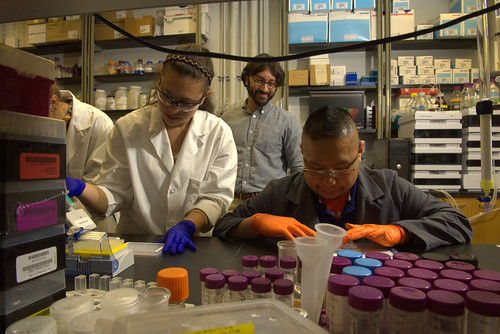 Steven Mansoorabadi, professor in the Department of Chemistry and Biochemistry at Auburn University, oversees student researchers in his lab. 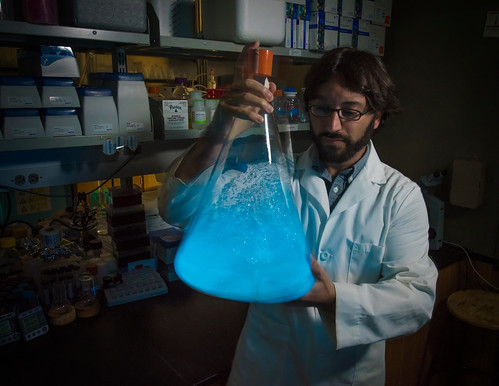 Steven Mansoorabadi, professor in the Department of Chemistry and Biochemistry at Auburn University, holds bioluminescent dinoflagellates in his lab.
Previous Next

More stories that may interest you

Select a year below.