Christopher B. Roberts began his appointment as Auburn University’s 21st president in May 2022.

President Roberts leads the university’s four divisions, including Auburn’s main campus with its more than 31,000 students and 5,500 faculty and staff, as well as Auburn University at Montgomery, the Alabama Cooperative Extension System and the Alabama Agricultural Experiment Station, a joint enterprise with Alabama A&M University. Roberts is an accomplished scholar who understands that research and teaching excellence, together with service and public engagement, are at the very heart of the state’s R1 land-, sea- and space-grant institution. As the university’s CEO, he marshals the institution’s $1.54 billion annual budget and vast resources, while spearheading the university’s strategic vision and advancing the Auburn’s ever-growing research enterprise and economic development. 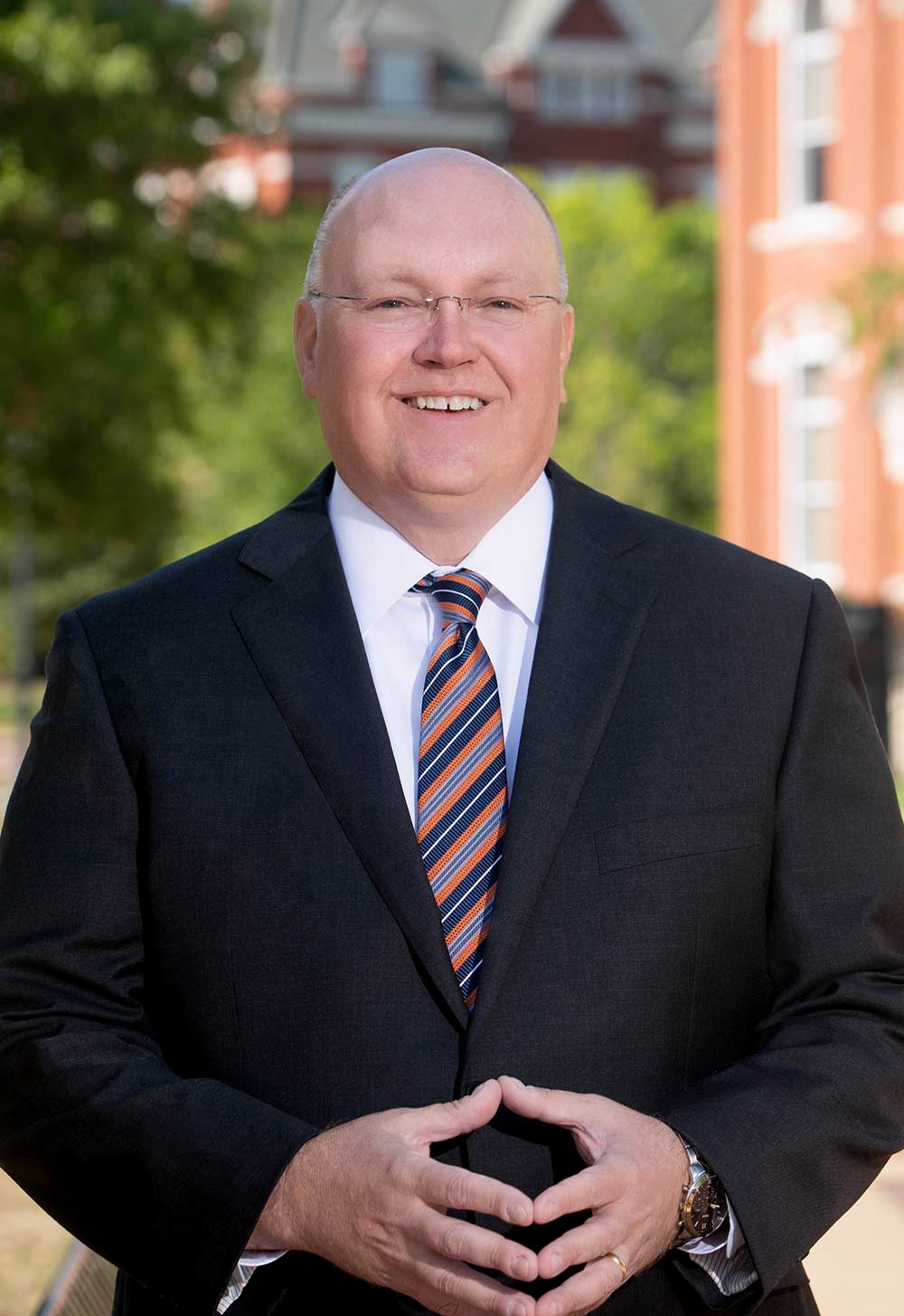 Prior to his presidency, Roberts served as the dean of Auburn’s Samuel Ginn College of Engineering from 2012 to 2022. The college has more than 6,000 students and about 400 faculty and staff members. Roberts was a factor in the success of the university’s Because this is Auburn campaign, which raised $1.2 billion. Under Roberts’ leadership, more than $357 million in donations to the college were made during and since the campaign.

He has been honored with numerous awards for his accomplishments and contributions to the field of engineering. Some of those recognitions include the University of Notre Dame’s Graduate School Distinguished Alumnus Award in 2015; the University of Missouri’s Chemical Engineering Academy of Distinguished Alumni in 2014; and the National Organization of Black Chemists and Chemical Engineers President’s Award for Fostering Minority Engagement in 2012 and the SEC Academic Consortium Faculty Achievement Award in 2012.

He and his wife, Tracy, have two children and enjoy cheering on Auburn’s national championship-winning Division 1 athletics programs.